On 25th April a project was started to build a modular house inside the shell of an existing building that had collapsed during the 2007 earthquake. The shell comprised of two side walls, a back wall that housed a small room (used to sleep seven members of the family) and a front shell made of scrap wood and plastic. The modular would be three sided with one side utilising an existing wall, and be approximately 8m x 4m, with two internal rooms. 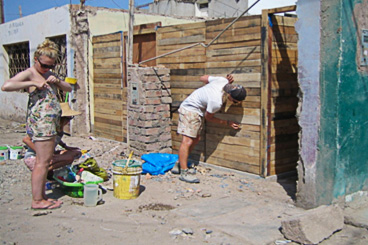 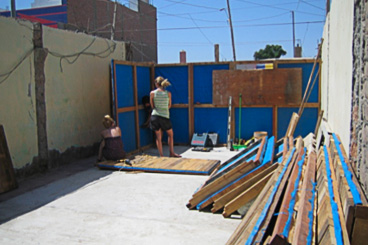 Mid way through March PSF started work on a park like no other that has been completed in PSF’s history. Through the hard work and constant perseverance from the PSF administration at the Municipality of Pisco, PSF was able to secure some land in the district of Vista Alegre, San Pedro to build an enormous community based project. In conjunction with significant planning and contributions of ideas from all volunteers, PSF has seen the development of Plaza del Parque sky rocket in recent weeks. With a total land area of roughly 2300 square meters to work with, PSF has been carefully sketching out the plans to help maximise the space to best meet the needs of the local community. After researching what the community are after we factored many exciting projects into Plaza del Parque that are going to see this project run for at least the next couple of months.

It started off with marking out and preparing the site and then immediately into the beginning stages. Stage one was pouring a 6m X 8m concrete slab to place a community centre modular on. This modular will be used in the future, in coordination with the municipality, to run a program similar to ‘Vaso de Leche’ where the government provides employment and resources for a team to give out free milk and bread to children around the area. In addition to constructing this modular, a team of volunteers came through and designed some amazing murals for the modular and wall behind it, which is a truly spectacular showcase to the community with traditional cultural icons used as the basis of the design.

While this was all going ahead many other things have started, and also been completed in the process. A large shaded area with 4 picnic benches, made solely from recycled wood, now sit outside the community centre as a place that the community and children to sit and enjoy the park. Right next to the shade we made a volleyball pitch with sand from the local Pisco beach, which is regularly used every day and afternoon that we are working in the park. 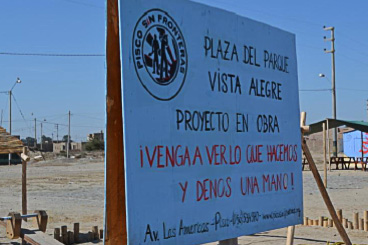 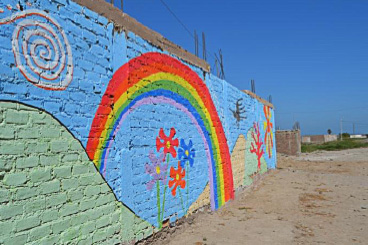 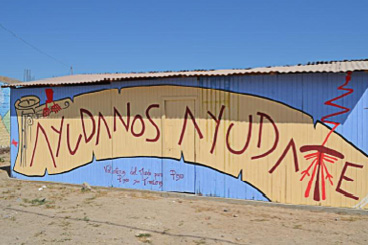 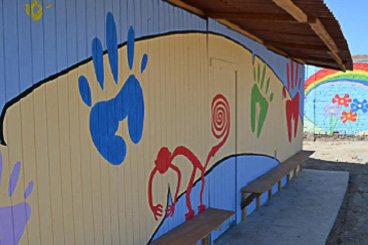 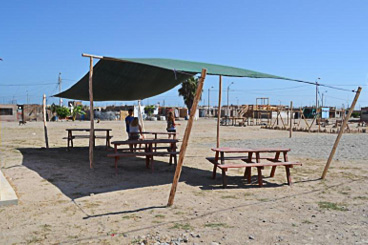 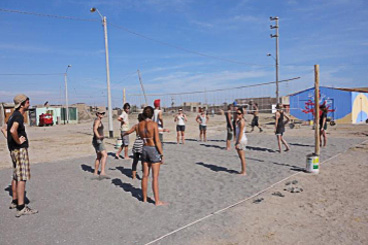 This project is another part of Plaza del Parque and is about building a playground for kids in the community of Vista Alegra. We have built two double swing sets, two see-saws, a triple platform that is joined by bridges, stairs and a rope ladder and has a fireman’s pole and slide to exit the platform. Construction on this project has been consistent and the community children have thoroughly enjoyed the process. 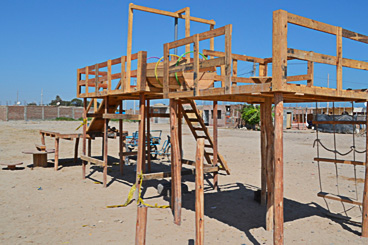 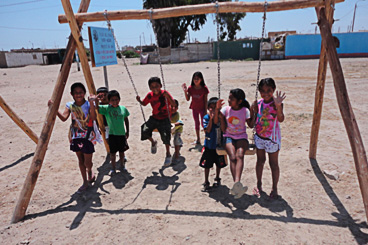 Another feature inside Plaza del Parque has been the completion of the fitness circuit at the end of April. After seeing a need to help promote and improve health and fitness in the community, PSF has worked hard to incorporate some basic and easily accessible fitness stations in a section of this new community park. There are currently 8 stations installed in the fitness park; a chin up/pull bar, a balance beam, balance steps, a double triceps dip bar, a double push up pole, monkey bars and a ‘captains’ chair’ for core strength work. As well as the stations, basic instruction signs have been placed at each station in order to illustrate how to complete the work out. In the future we hope to create educational resources for the community through these fitness stations, teaching the importance of physical fitness and providing simple guidance on how to improve personal health. 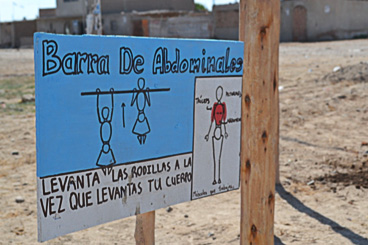 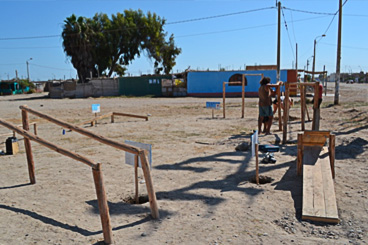 PSF has begun contracted work to construct 10 compost toilets in the community of el Bosque, in coordination with the Municipality of San Andres. At the end of April, four concrete slabs had been poured for the initial foundations of the toilets, brick work was finished on two of the sites and had begun on the third. The community is very helpful and welcoming to PSF volunteers. They cleared the sites and each day we are approached by a different family who supplies lunch to volunteers and asks how they can help us make as much progress as possible that day.

The last part of Olga’s School project was to build some additional furniture to help Olga move her classroom into a new location. Using recycled wood obtained from Aceros, and some wood donated personally by Olga, PSF built 25 chairs, 5 tables and 2 shelves to provide adequate resources to Olga’s classroom and her students. The chairs were then sanded back and varnished, the shelves were sanded back and painted and the tables were sanded and had their table tops painted with educational designs. Our volunteers got creative with the designs, which consisted of numbers, letters, colours, planets, shapes and rain forest and underwater themes for the book shelves. Olga supplied some wood, screws and some varnish for the project and has personally taken on the initiative to help her class. PSF was more than happy to assist here with our skills and materials. After completion the class furniture was delivered and set up in the school. Para los niños! 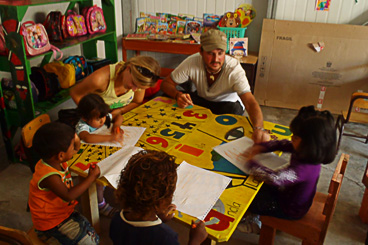